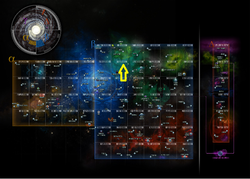 The Chiron System is a system located in the Sierra Sector of the Beta Quadrant and is home of a Starfleet outpost. There are 2 anomalies in this system.

Starfleet established an outpost on this ringed, L-class world after the destruction of Romulus in 2387. The base was a hub for relief ships and refugees in the chaotic early months after the destruction of the Romulans' homeworld. Now it has been expanded to offer assistance to former colony worlds wishing to be independent of the Romulan Star Empire. 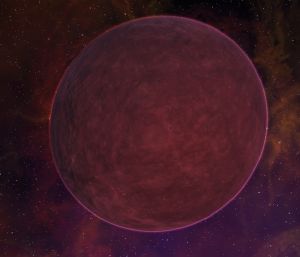 A moon in the Chiron System.

The Chiron System contains a bright yellow star and at least two planets, one of which is Chiron II. Two natural satellites orbit Chiron II. The backdrop of the planet consists colorful nebulae, ranging from purple to yellow and orange.