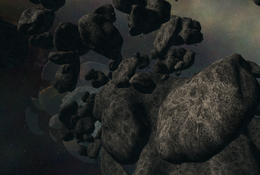 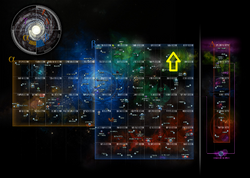 The Calbriden System is a system located in the Alini Sector of the Beta Quadrant is the former site of a Federation colony.

Before the start of the Iconian War, Calbriden Prime was a colony world with approximately 227,000 inhabitants from 22 different cultures. Then the Iconians arrived. A combined Federation and Romulan Republic fleet managed to evacuate many of the inhabitants, but more than 3,000 people are still listed as missing.

Long-range scans of the system reveal that the Iconians have broken up the planet for an unknown purpose, but as of yet, ships have been unable to approach to learn more.