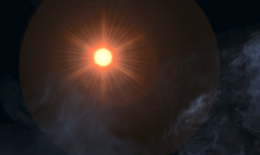 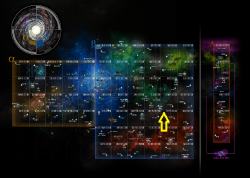 The Beta Thoridor System is a system located in the Mempa Sector of the Beta Quadrant.

A red dwarf star orbited by three distant planets, Beta Thoridor is best known as a navigational mark for pilots in the region. The planets of the Beta Thoridor system are not habitable and have no known deposits of useable minerals. With the expansion of Romulan and Reman activity in this area of space, it is likely that expeditions will be sent to this system again to look for anything of value to the colony.