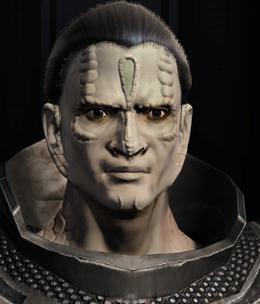 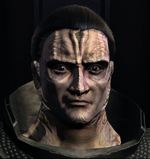 Antos before he was redesigned in 2018

Gul Antos is an officer in the Cardassian Civil Defense Force.

He is a highly decorated officer, having received six citations for bravery and performance above and beyond the call of duty; he is also a recipient of the Jevonite Cross of Valor.

He frequently serves as a mentor to other officers, including Gul Surjan. He lost his son in a True Way bombing in Lakarian City.