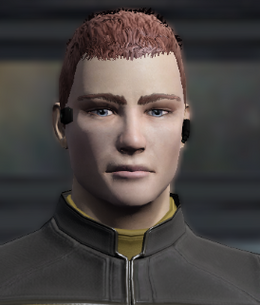 Crewman Andrew Westin is a Human Starfleet Engineering officer stationed aboard the U.S.S. Bern as a member of Delta Flight. He serves as a computer expert, specializing in Iconian technology.

A self-described "all-around genius," Westin was romantically involved with Miral Paris at Starfleet Academy. However, he was ejected from the Academy after cheating on his astrometrics final, and spent some time in prison in New Zealand for undisclosed crimes. He volunteered to help Starfleet after the outbreak of the Iconian War.