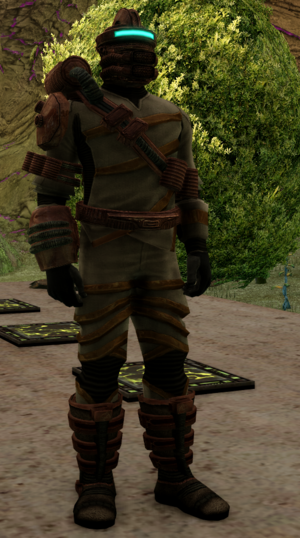 Ak'ched is a rank found in the Breen military's ground forces, roughly equivalent to a Lieutenant Junior Grade. They are distinguished by their bulky, armored refrigeration suits and cyan visors, as well as a tall metal crest on their helmets. There are two types of Ak'ched: Soldiers and Guards.

Ak'ched Soldiers can throw a Cryonic Grenade, which lays down a lingering ice fog in its blast radius which will slow, and sometimes freeze those unfortunate enough to be caught within the fog. Ak'ched Soldiers prefer to fight at a distance, using a polaron rifle as their main means of attacking targets.