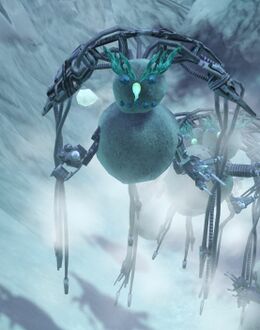 The Airborne Snow Monstrosity will appear in Waves Five and Nine, and is accompanied by Assimilated Snowman. This Monstrosity has the ability to traverse obstacles and fly past players with ease.