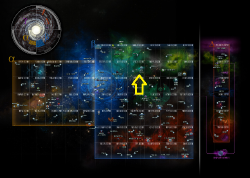 The Aelas System is a system located in the Vendor Sector of the Beta Quadrant.

It is home to the formerly technologically highly advanced Aelasans. Aelas IV is their homeworld and is of interstellar importance because of its rich topaline deposits.

The Aelas System is currently used solely as a door to Foundry-missions.

The Aelas system is home to the Aelaseans, an advanced, warlike race that rejected almost all technology in an effort to end the battles that were threatening to permanently divide their people. The Aelaseans now use a tribal structure, and have divided themselves into groups of mostly hunter-gatherers and those that mine topaline, which is one of the planet's major resources.

Although the system would seem to be ripe for conquest by the Romulan military, they keep a respectful distance from the Aelasean homeworld. It is unknown if there is a treaty in place, or if the Romulans are wary of technology that the Aelaseans may have saved from their days as a power in the region. 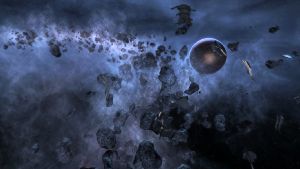