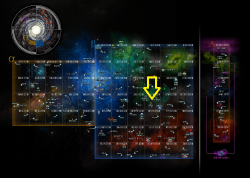 The Acamar System is a system located in the Azure Sector of the Beta Quadrant.

The Acamar system consists of three planets orbiting binary Class A stars. Acamar III is the home of the Acamarians.

The Acamarians are a warp-capable culture once split by violent inter-clan conflicts and rivalries. They put aside their feuds in the 23rd century, but it wasn't until 2368 that Jean-Luc Picard was able to negotiate a peace settlement that reunited the Acamarians with the Gatherers, a group of off-world nomads who had refused to be a part of earlier settlements. 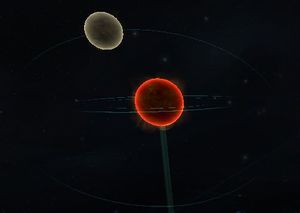 The system consists of two Class A stars Acamar A and B, one of which is yellow-white while its companion is red. Three planets revolve around the latter. There are no Data samples in the system.